There’s a bit of science fiction sprouting up in greenhouses around Middle Tennessee. It’s called vertical farming, and it’s basically like growing vegetables in a greenhouse on steroids.

Vertical farming incorporates methods that seem futuristic — aquaponics, aeroponics, and hydroponics — that can provide locally grown vegetables year-round. And even if it won’t immediately solve food shortages around the world, vertical farming is predicted to reach almost $6 billion in revenues within the next five years.

Springfield resident Mona Hitch tends a greenhouse filled with rows of eight-foot PVC towers. Edible plants peek through dozens of holes drilled into the sides. Hitch’s greenhouse contains ten of these towers, though it has capacity for 50. Right now Hitch is growing multiple lettuce varieties, different kinds of kale, just about any herb you could think of, even edible flowers.

“I fell in love with it for several reasons,” Hitch says. “I know where my food is; I know what’s on it. I’m my own pest control, and I can just step outside in flip flops and pearls or high heels and we have salad every day.” 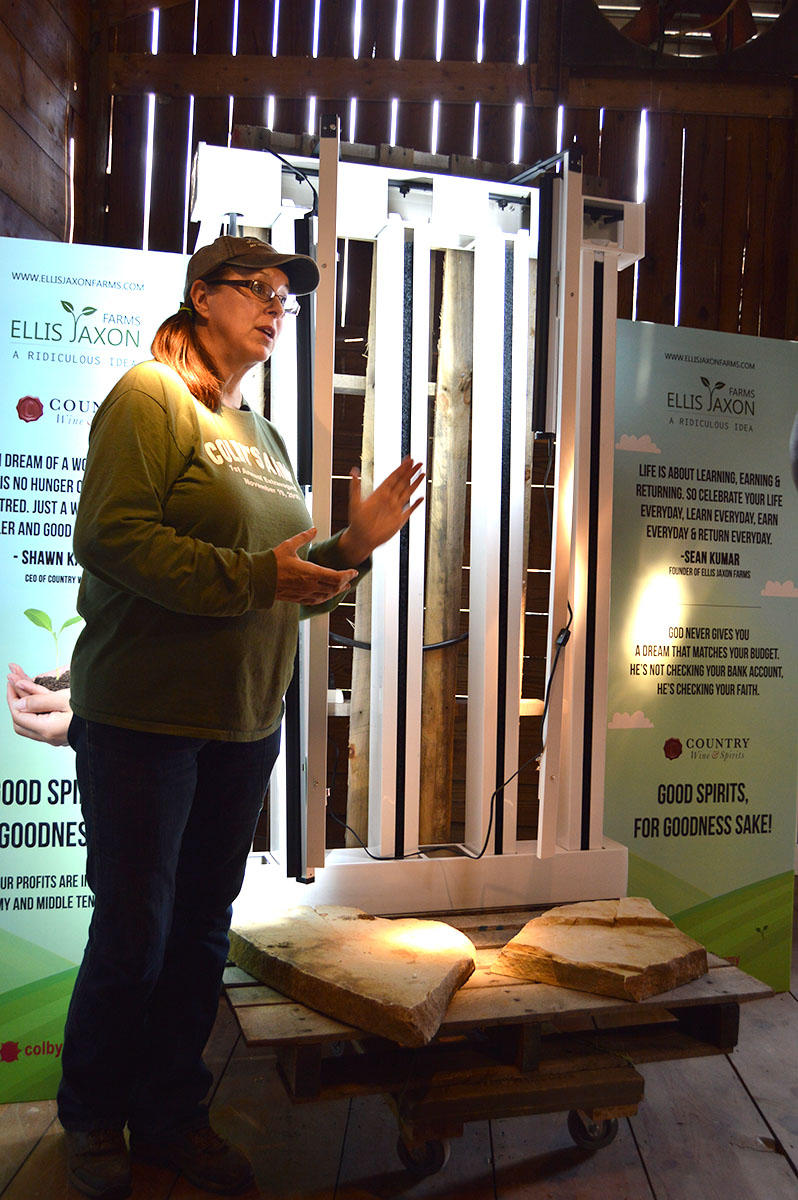 Lisa Wysocky displays a model of the LED lighting system she plans to use in a vertical farm on her nonprofit's property.

Any non-root crop that’s not too tall can grow in a vertical farming system.

Hitch’s system cycles water with dissolved nutrients from 20-gallon tanks at the base of each tower, through the plant roots inside the vertical PVC pipes. There’s no soil involved. This method is called aeroponics, because the plants are suspended in the air.

Supporters of this system argue that it will become commonplace and even trendy, like cruelty-free factory farming for plants. Vertical farming uses 90 percent less land and up to 95 percent less water for a higher yield, with no pesticides.

Facilities can be built on rooftops and in empty warehouses, and certain plants can grow year-round regardless of weather, in less than half the time.

Lisa Wysocky, the executive director of an Ashland City nonprofit called Colby’s Army, plans to build a solar-powered vertical farm for charity on her property by May. Folks will be asked to pay what they can for the vegetables.

“We can grow food very quickly,” Wysocky says. “We’re looking at 1400 heads of lettuce or tomato plants that we can turn around every three weeks…and get produce out to people who need it the most.”

Entrepreneurs also see big potential: like the full-scale vertical farm that’s being built in Springfield and is expected to top a million dollars in annual revenue.

This farm will license technology from a Canadian company that has used the same technique for growing cannabis. Nick Brusatore, a spokesperson for Affinor Growers, said in a webcast that he’s excited for international expansion. 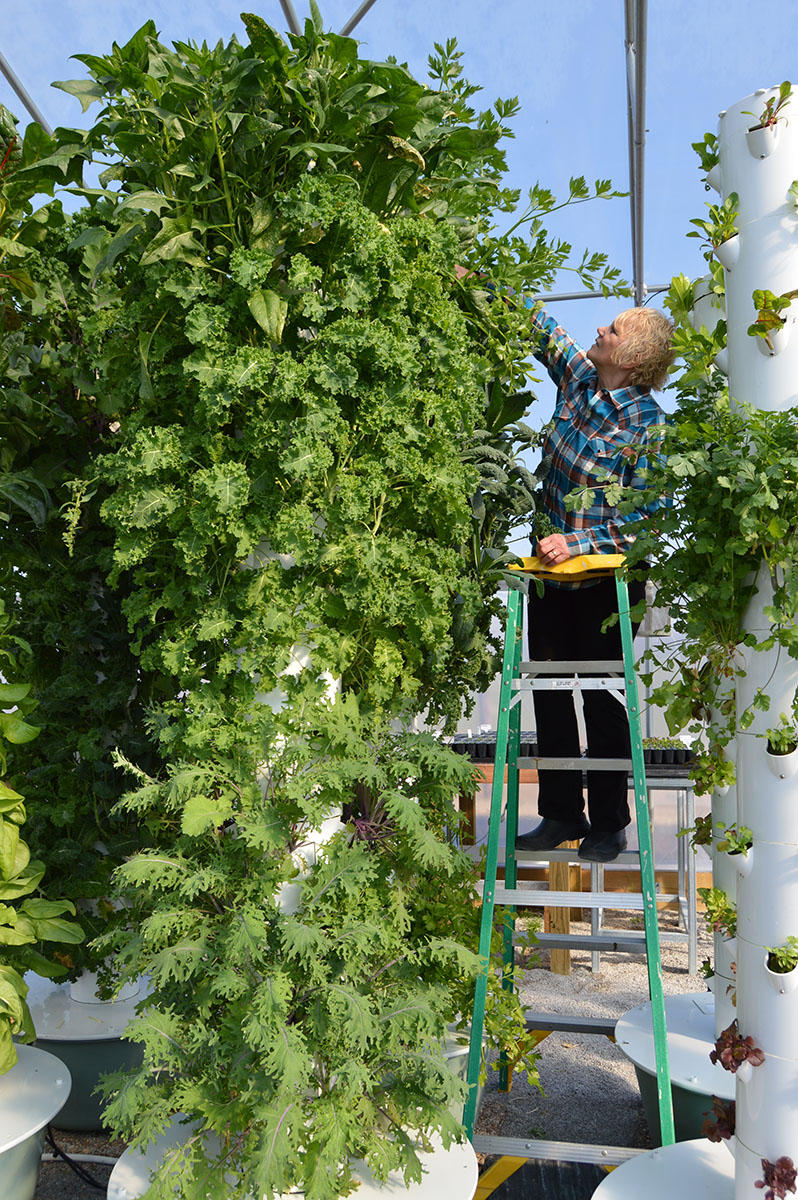 Mona Hitch reaches for celery at the top of one of her vertical farm towers.

“We believe that given the proper technologies added to this process, we can be pretty close to net zero, or almost off the grid, or independent of energy,” he said. “And we feel that if we can achieve this, then this should be able to be duplicated all over the world in a modular process.”

It could sound too good to be true, but there are drawbacks. It takes lots of money, energy and materials to build and light indoor growing spaces. Because vertical farming is indoors, bees and other insects are left out of the pollination process. Since there’s no soil involved, there’s been a controversy over labeling. Vertical farms have struggled to get organic certification because the system is seen as too artificial, even if there are no pesticides. In terms of output, high-calorie crops like grains or potatoes can’t grow with vertical farming.

Tennessee Agriculture Commissioner Jai Templeton says state government doesn’t track vertical farming. Nor are there special regulations. Even companies looking to start commercial ventures say they won’t compete with traditional row crops. Their produce will cost more and be available in the off season. Templeton says he encourages the technique because of the limited impacts on water, air, and soil quality.

“It's an environmentally friendly method in many ways to produce local foods for a segment of the population who wants to know where their food comes from,” Templeton says. “It's not going to replace the traditional agriculture, but it has its place because the population is growing.”

Westside students grow their own food in garden